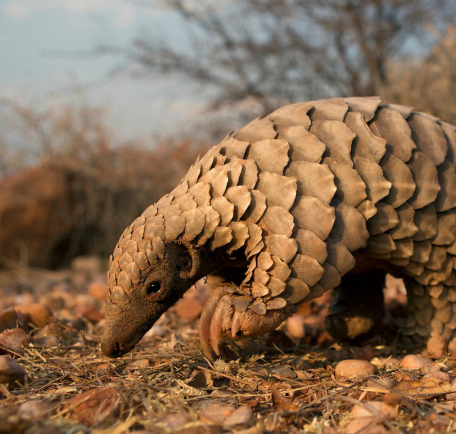 The coronavirus (Covid-19) shows little sign of abating as cases in Asia, Europe and North America continue to climb. But while most governments are focused intently on tackling the current crisis, the Chinese government has begun taking important steps to reduce the risk of similar outbreaks taking place in the future. Starting with a ban on the consumption of wild animals.

Investigations by researchers, universities and leading virologists indicate the first cases of Covid-19 originated at Huanan Seafood Wholesale Market, a ‘wet market’ in Wuhan, central China. Wet markets, such as the one in Wuhan, sell an astonishing range of meats, fish and seafood, as well as an alarming array of live caged animals including; chickens, dogs, pigs, snakes, bats, reptiles, pangolins and civets. The cramped, unhygienic conditions in which these animals are kept are favourable conditions for zoonotic diseases to jump from animals to humans.

“Poorly regulated, live-animal markets mixed with illegal wildlife trade offer a unique opportunity for viruses to spill over from wildlife hosts into the human population,” according to the Wildlife Conservation Society.

Scientists who’ve examined Covid-19’s genomes believe the virus jumped from bats to ant-eating pangolins, then to a human host and later mutated, making it more effective at infecting other humans.

This is not the first time China’s poorly regulated wildlife trade has caused a health crisis. The SARS outbreak which infected over 8,000 people and caused almost 800 deaths between 2002-2003 was linked to the trade and consumption of civets in the Guangdong province of southern China.

As a result of the devastating impact Covid-19 is having on communities, healthcare systems, education, social services and the economy, authorities in Beijing have enforced a strict ban on the consumption and farming of wild animals which comes into effect immediately.

No! The #WuhanCoronavirus started at a wet market in #China where animals of all description are piled high & killed to order.

When the coronavirus was initially identified in January, authorities implemented a temporary ban on the country’s wildlife markets but this latest action goes further by, “Comprehensively Prohibiting the Illegal Trade of Wild Animals, Eliminating the Bad Habits of Wild Animal Consumption, and Protecting the Health and Safety of the People”

The need for China to take decisive action on this issue was explained in a statement by the Standing Committee of the National People’s Congress , “Since the Covid-19 outbreak, the eating of wild animals and the huge hidden threat to public health from the practice have attracted wide attention.”

The announcement to finally tackle China’s consumption of wildlife has been welcomed by public health experts who consider the ban an essential first step to closing down this dangerous and poor regulated industry. Health experts and animal rights campaigners are calling on China’s lawmakers to seize this crucial opportunity as the statement from the Wildlife Conservation Society (WCS) explains ;

“WCS welcomes this critical and positive step that reflects the central government’s commitment for not only solving the COVID-19 outbreak but in preventing future risks through legislative reform and improved enforcement and management.

“There is no such risk-free trade and consumption of any wild mammals and birds whether they are wild-caught or farmed. WCS believes that only by prohibiting the live trade in all wild birds and mammals can the risk of future viral emergences be prevented, and thus other forms of trade should also be included in this ban.

“In addition, this creates a potential loophole for traffickers who may exploit the non-food exemptions to sell or trade live wildlife, creating additional challenges to law enforcement officers.”

There is no risk-free trade or consumption of any wildlife, whether it’s wild-caught or farmed.

With our partners @Global_Wildlife, we’re calling for a permanent ban on markets that trade in it. https://t.co/AtxV5fr7Mj #COVID19 #covid_19 #CoronaOutbreak pic.twitter.com/J0AAJcoS3S— WCS — visit wcs.org (@TheWCS) March 12, 2020

The skepticism towards Beijing’s announcement is in part due to previous attempts which failed to tackle the trade in wildlife for food and traditional medicine.

In 2003, civets, the animal believed to have enabled the transfer of the SARS virus to humans, were banned and culled in large numbers. Unfortunately, as the danger from SARS slipped from memory, civets were once again available for sale at wet markets.

Furthermore, China’s wildlife trade and consumption industry is valued at 520 billion yuan (US$74 billion), and a clandestine industry which is this lucrative, will not simply disappear overnight.

Bringing an end to the farming, trade and consumption of wild animals, is essential to avoid the dangers and global disruption which Covid-19 has inflicted. Whether Beijing is able to bring this industry undercontrol will prove to be yet another complex challenge for China’s leadership.