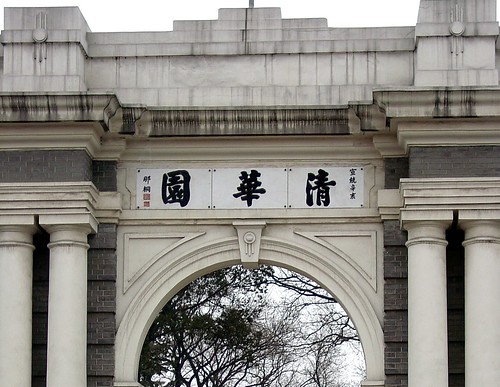 The Rise of China’s Elite Universities

The long-held assumption that elite tertiary education is the preserve of British and American universities is being demolished as East Asian educational institutions continue to gatecrash the world’s most influential university rankings. In particular, the top universities in China are competing directly with the best universities in Europe and the US.

Data from the annual Times Higher Education (THE)’s University Rankings clearly indicates that while the UK and the US still dominate the global rankings, universities in China and East Asia have made significant progress over the past 5 years. Over 10% of the top 50 educational institutions worldwide are now located in Asia, and the majority of these are found in China.

This gradual shift from West to East began in 2015, when Asian universities started challenging Western universities’ monopoly of world-class institutions. At the time, Phil Baty, editor of the Times Higher Education World University Rankings, explained, “Western universities, in many cases starved of vital public funding, are losing ground. There is much talk of a power shift from West to East, these new world university rankings provide hard evidence of the phenomenon.”

“There is little doubt that key East Asian nations have emerged as powerhouses in global higher education and research, while traditional leaders including the UK, Canada and the US, risk losing significant ground in the global knowledge economy.”

In 2017, the ascendancy of the top universities in China made further headlines as two Chinese educational institutions made the top 30 for the first time, while the country’s lower-ranked universities also made impressive gains.

THE’s editorial director, explained that, “The rise of China in this year’s table is remarkable and demonstrates the way the global higher education landscape is changing. With two top-30 representatives, China’s leading universities are truly now part of the global elite and overtaking prestigious universities in the US, UK and Europe.”

“It’s easily the number one university in the world for high citation research in mathematics and computing — a combined field in which China has now moved well ahead of the US and, further back, Europe. It is near the top of the world, and rising fast, in physical sciences and engineering.”

Both of China’s top two institutions , Tsinghua University and Peking University, are located in Beijing, while the country’s other elite institutions can be found in Shanghai, Hong Kong and Nanjing.

The growing success of Chinese higher education institutions has been attributed to investment in education and efforts to improve the quantity and quality of research. These efforts are raising the standards of higher education while also supporting the country’s economic ambitions, as Ellie Bothwell, rankings editor at THE explained.

“China is reaping the benefits of having long ago positioned its institutions at the heart of its national economic growth strategy…..The nation’s success is underpinned by its solid and sustained investment and strengthening international focus, working to attract top global talent and be part of strong international research collaborations.”

“The country’s success has made it the model to emulate among other emerging economies, which increasingly recognize that, when you invest in a strong higher education system, you’re investing in the future prosperity of the whole nation.”

Bothwell also explainted that China’s university research capacities are now admired worldwide and provide a model for success which other nations are attempting to follow. China’s top universities are also attracting educators from across the world to teach and conduct research at their facilities.