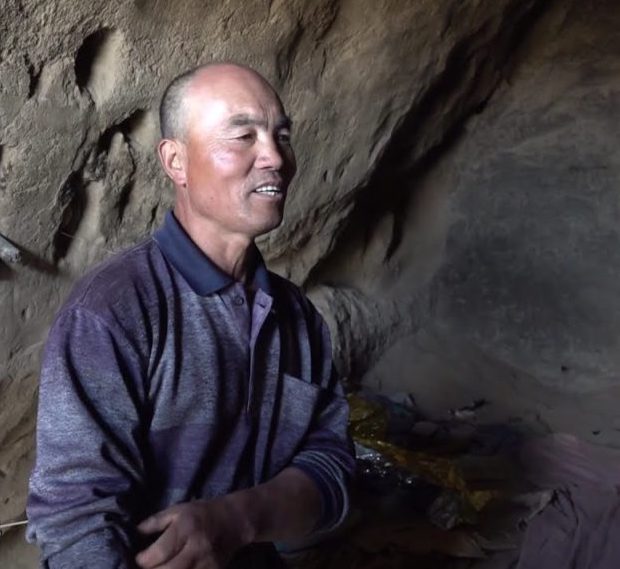 A Chinese shepherd from a remote region of Gansu Province has become a national hero, and made international headlines, after saving the lives of six ultra-marathon runners. The modest shepherd explained his heroic actions were simply the actions of, “an ordinary person who did a very ordinary thing.”

The heroic shepherd, Zhu Keming, rescued the six ultra-marathon runners on the afternoon and evening of Saturday 22nd May. The athletes had been competing in the 100km Huanghe Shilin Mountain Marathon, which takes place annually in the scenic Yellow River Stone Forest, near Baiyin city. The marathon route is set along a narrow mountain ridge and reaches altitudes of 2,000-3,000 metres.

A total of 21 runners died as a result of the extreme conditions that struck the Huanghe Shilin Mountain Marathon. The total number of deaths would certainly have been higher, were it not for the brave actions of local shepherd Zhu Keming.

Mr Zhu was tending his sheep in the mountainous region, when he saw the storm approaching. Being familiar with the weather and conditions in the area, Mr Zhu took refuge at a cave in which he had stored blankets, clothing and emergency food. From his cave he noticed a lost runner struggling against elements, and set out to bring the athlete to safety.

The shepherd told Chinese state media that he escorted the runner into the cave and made a fire to warm him. Four more athletes made it to the cave and were able to wait out the storm in safety.

“I want to say how grateful I am to the man who saved me,” Zhang Xiaotao, wrote on Chinese social media site Weibo. “Without him, I would have been left out there.”

Mr Zhu ultimately rescued three men and three women, however, speaking to national media he express his regret at not being able to save more.

“There were still some people that could not be saved. There were two men who were lifeless and I couldn’t do anything for them. I’m sorry.”

Extreme sports, such as mountain biking, ultra-marathon running and rock climbing, have become increasingly popular in China over the past decade. There are 7 million regular marathon runners in China and 1,800 Chinese marathons organised across the country each year. Marathons are popular among health-conscious urbanites and there is a growing number of elite Chinese runners breaking into international rankings.

The Huanghe Shilin Mountain Marathon, which is at high altitudes and covers twice the distance of a regular marathon, is only open to experienced runners. The most difficult section, from kilometer 24 (mile 15) to kilometer 36 (mile 22), climbs 1,000 meters in height. The path is extremely narrow in parts. It was reported that during the storm some of the runners had fallen into deep mountain crevices. Rescue workers aided by helicopters and drones struggled to reach many of the runners due to the extreme conditions and the mountainous environment.

Among the 21 runners who died were elite Chinese marathon runners and professional athletes such as Liang Jing, a world-class athlete and International Trail Running Association record breaker, and Huang Guanjun, a Paralympic Games medalist.

Authorities are now investigating this tragic incident to ensure race organizers had properly managed the event. Marathon events can be very profitable and some runners have previously expressed concerns that some events organizers put profit above safety. In the aftermath of this tragedy, it is hoped that safety standards will improve and contingency plans for emergencies are fully prepared.