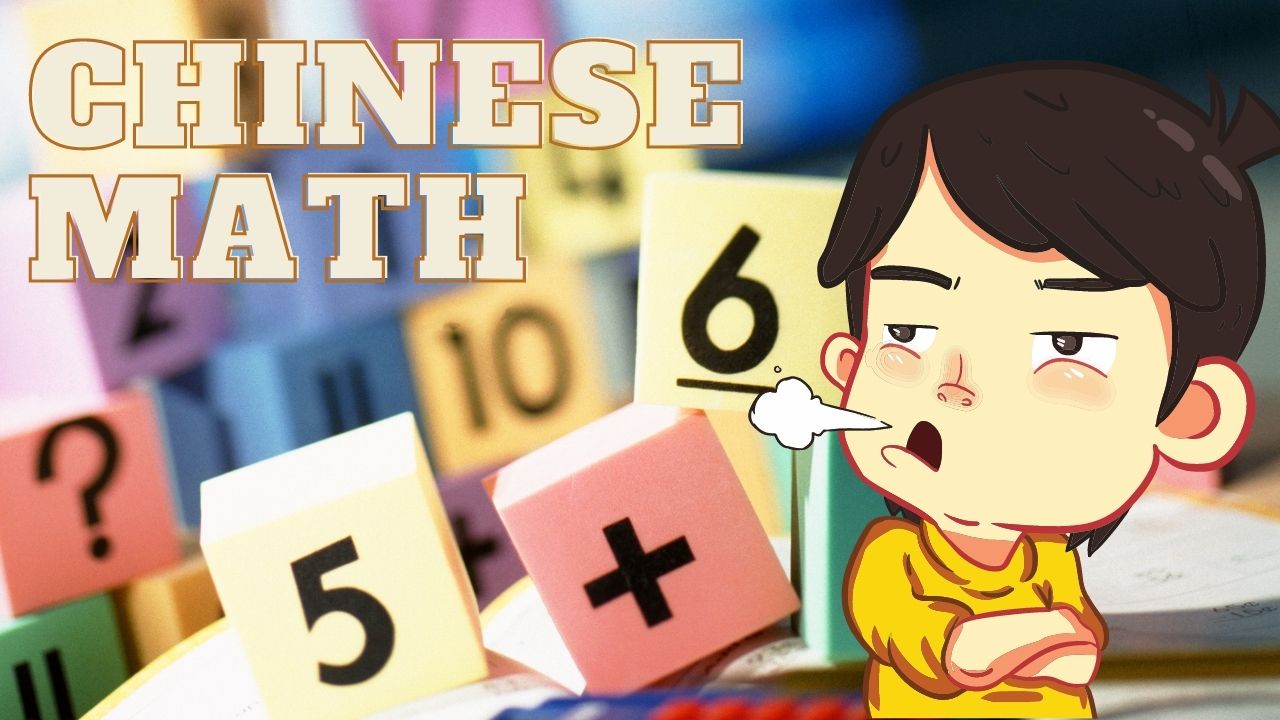 The Secrets of Chinese Mathematics

Across Europe and North America there is a commonly held belief that people from China are inherently good at Mathematics. This stereotype has been reinforced in popular culture, with the geeky Chinese student a regular fixture in memes, cartoons and high school movies.

Stereotypes and impressive educational results have created the misimpression that everyone in China is good at Mathematics. The reality is that Chinese students are no more naturally talented mathematicians than their western counterparts. There are, however, a few ‘secrets’ which benefit Chinese students.

East Asian teachers, and parents, adhere to a belief that all children can obtain a proficient level of mathematics mastery, which creates a growth mindset. This belief in the ability of all students, plays an important part in teaching, learning and academic outcomes.

“All children are assumed to be capable of understanding, and ideas are elaborated in different ways in order to encourage individual understanding.”

A growth mindset towards Mathematics is further reinforced by other cultural factors. Chinese families continue to culturally adhere to Confucian ethics which highly value education, personal development and diligence.These cultural factors encourage and support students to take education seriously and work hard to do their best in school.

“A hard work ethic and a strong belief in the value of education is displayed by all families and instilled in every child” and it is these “attitudes and beliefs East Asian parents instill in their children make an important contribution to their high levels of academic achievement”.

It’s often stated that teachers in China teach by rote-learning, and Chinese students are good at Mathematics, because they repeat calculations exercises over and over again. However, repetition does not help students master the fundamental concepts of mathematics nor prepare them to use Mathematics in real-life situations outside of the classroom.

European educators who visited Chinese schools to observe Mathematics lessons noted that lessons were varied and engaging. Furthermore there was ample student-teacher interaction and student-student discussion rather than the ‘chalk and talk’  approach typically expected in Chinese schools.

The pedagogical approach to teaching Mathematics at schools in China is known as the Mastery Method, and there is a lot more to this approach than simply memorising times tables.

A central concept in the Mastery Method is the development of a solid foundation in basic Mathematics ability.  This is established by focusing on a narrow set of core skills during the early years of education. Students are supported in the development of each skill to the point where they have mastered the concept. When, and only when, students have mastered each concept can they move on to the next skill.

Mathematics builds upon skills, you need to count before you start addition, you need multiplication to divide,  you need division to master fractions, and so on and so forth. An approach which affords individual students the necessary time and practice to master each skill before moving on to more advanced operations, has clear benefits.

The development of students’ foundation in Mathematics is supported by carefully designed exercises which encourage students to identify patterns. Schools which follow the Mastery Method use a wide variety of visual representations to help the students make these connections. Number lines and fraction diagrams are also deployed by teachers to support students’ mastery of fundamental concepts.

The success of China’s Mastery Method has attracted the attention of school systems across the world.

In England, policy makers invested £41 million to implement a Chinese approach to teaching Mathematics at 8,000 primary schools. Educators hope that the Mastery Method will improve English students’ Mathematical skills, boost learner achievement and bring the level of Math among students in England closer to that attained by pupils in Shanghai.

It certainly will be interesting to see if the secrets to China’s Mathematic success can be exported!