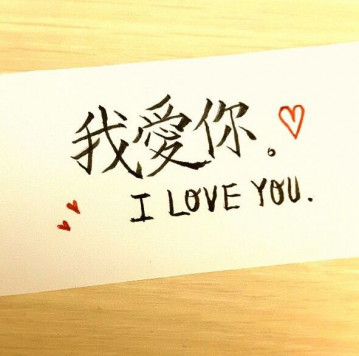 How many Valentine’s Days does China have?

In China, younger generations have enthusiastically adopted a number of western festivals, including Thanksgiving, Halloween, Christmas and Valentine’s Day, much to the annoyance of traditionalists who fret over the Westernisation of Chinese culture.

What is interesting about China’s adoption of February 14 Valentine’s Day is that China already has special days which celebrate love and romance. In fact, Chinese couples are now able to confess their undying love on three ‘Valentine’s Days’ per year, something which is great news for young lovers, florists and chocolate factories alike

The traditional Valentine’s Day in China is known as Qixi Festival, or the Seventh Night Festival. It falls on the 7th day of the 7th lunar month and celebrates the story of two lovers, Zhinu and Niulang, and the legend of the “Weaving Maid and the Cowherd” (牛郎织女).

According to the legend, Zhinu’s family forbade the relationship because they considered a cowherd an unworthy match for their daughter. The couple were separated but their love remained undiminished. Moved by the couple’s love, and the tragedy of their situation, thousands of magpies formed a bridge to connect the two lovers, allowing them to meet each other at the centre. Zhinu’s parents learnt of the couple’s secret meetings and eventually conceded that the lovers could meet once a year, on the 7th day of the 7th month.

To celebrate Qixi, people eat qiaoguo, a decorative fried pastry which comes in many different shapes. Other traditions during the Qixi festival include activities for girls to demonstrate homemaking skills, such as flower arranging, weaving and needlework.

Interestingly the Qixi festival, which has been celebrated in China since the Han Dynasty (206 BC – 220 AD), is also celebrated in other East Asian countries.  In Japan the festival is called Tanabata and it is celebrated July 7. In Korea, the festival is known as Chilseok and shares the same lunar date as the Chinese festival.

China’s second valentine’s day has a far shorter history than Qixi (or Valentine’s Day), dating back only as far as the early years of the 21st Century. The date May 20 became a new valentines day after 520 “five two zero” (wu er ling)  became internet slang for ‘I love you’ (wo ai ni) due to the similarity of the Chinese pronunciation.

As such the date May 20 developed into a modern folk custom and another occasion for lovers to express their love. May 20 is now a very popular day for couples to register for marriage and many registry offices now lay on events to make the day especially romantic.

Although, May 20 has become a popular day for marriage, and Qixi remains the traditional day for romance, it is February 14 which has become the most commonly celebrated day of love, with millions of lovers across China taking time on this day to exchange gifts, go on dates, spend time together and confess their love.

As for those who are still looking for that special person, happily single or simply given up on love and romance, China also has a celebration for them, Singles’ Day (光棍节).

Singles’ Day which takes place on November 11 (11/11) started out as an anti-valentine’s celebrated by a handful of university students, but over time it has become a hugely influential unofficial holiday and in recent years it has overtaken Black Friday to become the world’s biggest shopping day.

The popularity of Singles’ Day has been attributed to the pressures that young Chinese singles face to settle down and marry before the age of 30. China’s current generation of young adults are instead realising the joys and freedoms of being independent, remaining single and enjoying life without the ties and responsibilities of children.

So whether you are deeply in love, want to let someone know how you feel, planning to get married on a lucky day or simply wish to remain single and carefree there’s a special day (or three) for you this year – be sure to celebrate!